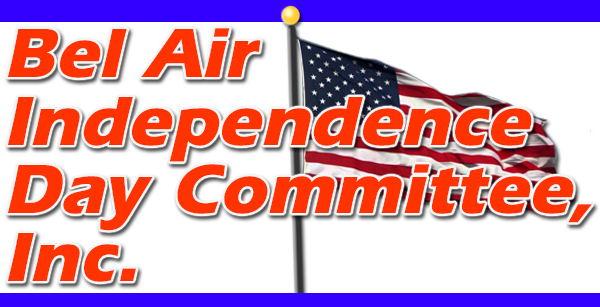 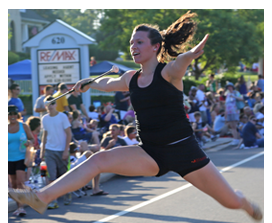 Participation in the Bel Air Independence Day Parade is by acceptance of application only; not all applicants may be accepted.

We, the members of the Bel Air Independence Day Committee, have a vision of how our parade should look and feel. Participants in our parade are required to present themselves in a manner that is consistent with this vision.

First and foremost, we encourage all parade applicants to consider in advance how to "decorate" or craft their entry to conform not only to the general theme of an Independence Day Parade, but to the specific patriotic theme we choose each year for our parade.

We hope that parade applicants will find ways to illustrate this in what they plan to do. The 2023 theme is Celebrating Harford 250! — in honor of our county's 250th Anniversary — its sestercentennial!

Any parade applicant and most especially all parade participants (whose applications have been accepted), are cordially invited to ask any member of the Bel Air Independence Day Committee for ideas or suggestions about this. We love creativity and we applaud those who exercise it!

In addition, it is also important to understand that our parade rules are intended to help participants understand what is proper parade conduct in any year. These rules are not all-inclusive. Consequently, parade participants may be given instructions by parade officials in the staging areas or during the parade, and participants must comply with such instructions immediately and completely, or they may be ejected from the parade, and will certainly not be invited to participate in future parades.

C.   Description of Applicants: The Bel Air Independence Day Parade is pleased to invite many different sorts of units, including but not limited to color guards, floats, marching units, wheeling or riding units ("scouts on bikes"), motorized units, emergency vehicles, military vehicles, comic acts, car clubs, novelty units, commercial or business entries, equestrian units, etc., to apply to participate in our parade. SEE BELOW FOR DEFINITIONS AND LIMITS APPLYING TO THESE UNITS.

We, the members of the Bel Air Independence Day Committee, produce this parade out of respect for our country and our community, to celebrate what is best in all of us, and to achieve our vision of a great cohesive community event — one that is rewarding to watch and fun for both participants and spectators alike.

Therefore, the Bel Air Independence Day Committee, Inc., accepts applications from invited participants as it deems appropriate in this effort.

All participants must agree to follow our parade rules, which we list below. In the interests of presenting the finest entertainment value to the spectators, all businesses, associations, organizations and groups are encouraged to apply to enter as FLOATS, decorated in accordance with the theme of the parade. However, all units should attempt to decorate or illustrate their entries according to the theme, no matter what kind of entry they are — even an antique fire engine can be decorated to reflect the parade theme. We encourage your creativity!

D.   PARADE ROUTE: The "Starting Point" for the Parade is the intersection of Idlewild and S. Main, which used to be the ending point. The Ending Point is the intersection of Gordon Street and North Main Street, at the "Welcome to the Town of Bel Air" sign. After leaving the Starting Point, the parade will proceed north-westward up Main Street (one way the right way!), splitting at the median in front of the Court House. The parade then continues down the hill to Lee and then up to its end, at E. Gordon Street. At the Parade End Finishing Point, marching units, floats and units requiring off-loading will be directed to designated dispersal areas by Parade Marshals; simple mobile units, car clubs, etc., will be directed straight toward Broadway or onto Gordon, where they may disperse and proceed as they wish. Specific instructions will be part of parade details, but also are subject to change and to circumstances at the parade itself.

E.   Parade Formation: All units in the parade should report to the intersection of S. Main Street (Emmorton Road) and MacPhail Road, which is the entrance to the Homestead-Wakefield complex, where they will be directed by parade marshals; specific instructions will be e-mailed to participants, following their acceptance by the Committee. These instructions also include dispersal information.

F.   Formation Times: Staging is from 4:00 pm to 6:00 pm on the afternoon of July 4. Specific locations for various units, how the parade is organized, and other important information will be e-mailed to the person submitting the application, following acceptance by the Committee of the participant.

II.   RULES FOR APPLICATION AND ACCEPTANCE INTO THE PARADE:

A.   How to Apply: B.   About the Entry Fee C.   Acceptance and Entry to the Bel Air Independence Day Parade

IV.   PRIZES TO BE AWARDED

A.   The Official Parade Judges have sole authority to reward or not to reward all prizes.

B.   Prizes may change without notice.

C.   Prizes may be awarded as follows: D.   VERY IMPORTANT:

The Judges are required to consider how well a unit is decorated or staged consistent with the theme of the parade as the most significant factor in awarding prizes!

We look forward to receiving your application to participate in the Bel Air Independence Day Parade! Now that you have read the Parade Rules, please go to the On-Line Parade Application Form. 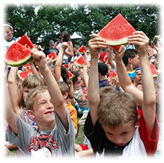 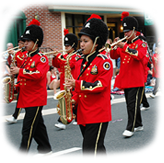 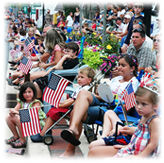 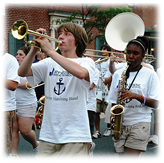 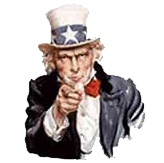 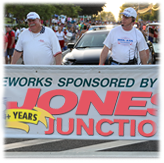